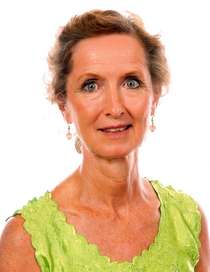 I’m very excited to welcome LeAnne Hardy to my blog today! I’ve been blessed to get to know her through our Minnesota ACFW group, MN NICE. She joined our chapter even though she’s from Wisconsin. 🙂 I hope you all will give her a warm welcome.

Hi LeAnne, thanks for stopping by today for a quick chat. Would you mind introducing yourself?

I am a librarian by training and a book lover since childhood. My husband and I have been missionaries involved in theological education since 1976. We have two grown daughters (born in Brazil, raised in Africa), two sons-in-law, and three delightful grandchildren. (Don’t get me started unless you are prepared to see pictures and hear about their amazing talents!) We now live in the US where I write and, thanks to the Internet, do freelance editing from my cozy attic over the garage. More thanks to the Internet and to Delta airlines, my husband continues to serve as the advocate for theological education for our mission, SIM (Serving in Mission), and conduct training conferences for academic deans of theological colleges in the majority world.

Sounds like a challenging and fulfilling life! (And you’re welcome to talk about your grandchildren anytime!) I’m curious, where all have you lived, and what brought you to each location?

We have lived in Ethiopia, Brazil, Mozambique, South Africa and England, always involved in theological education in some way. Several of those countries were in political turmoil or outright civil war while we lived there. (See my YA novel The Wooden Ox for the civil war in Mozambique up close and personal.) In England I worked on a hundred years of mission archives at what was then our international office. We loved being surrounded by history and visiting places that later showed up in the Glastonbury Grail series.

Your new release Honddu Vale is the second novel in the Glastonbury Grail series. Could you tell us about both novels? 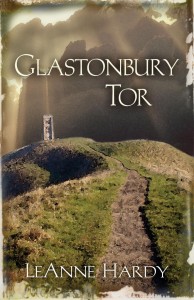 In the first book, Glastonbury Tor (referring to the storied hill outside the medieval English town of Glastonbury) Colin tries to kill his abusive father and runs away to Glastonbury Abbey. The ancient olive wood drinking bowl that he finds in the abbey treasury was disregarded as worthless wood by King Henry VIII’s men when they inventoried the abbey’s treasures. But Father Dunstan, the tortured prior who preaches forgiveness, treasures it. Father Bede, as demanding as Colin’s father, covets it. Abbot Whiting finds in it the courage to face his enemy, even as monasteries are being dismantled all over sixteenth century England. Will Colin find the personal faith and sense of worth he seeks? Can he ever forgive his father… or himself? 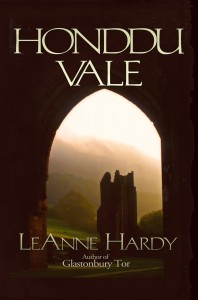 Honddu Vale picks up when Colin returns home to his Welsh valley to reconcile with his father. But he finds Sir Stephen in the arms of a bewitching young woman with designs on more than a place in Sir Stephen’s bed. Belle covets the ancient olive wood drinking bowl that Colin brought with him when the abbey at Glastonbury was closed by King Henry VIII. Yet the cup, which once showed such supernatural power that some whispered it was the Holy Grail, now lies cold and empty in Colin’s hands. Were the glorious promises of God’s presence nothing more than a dream?

They both sound fascinating! What inspired this series?

I have always loved all things Arthurian. Glastonbury is the Isle of Avalon of the classic stories where Arthur went for the healing of his wounds. But when I visited the ruins of the abbey several years ago, it was the story of its end under Henry VIII that most caught my imagination. Books have a way of taking on a life of their own, and the first book turned out much more mystical than I expected. In the second book, I asked myself, what about those times when God seems far away and our prayers seem to go nowhere? Both books have what secular publishers would call “fantasy” elements although I hate to call them that since as a Christian I believe in the supernatural. I tried to stick with elements that would be consistent with a Biblical worldview.

Do you have plans for more books in this series?

I do. When I finished Honddu Vale, I added a brief epilogue because I thought readers would want to know what became of the cup. One of my critique readers wrote back that now she was eager to know what happened to the person who ended up with it. That story has been growing in my mind.

Exciting! What are you working on right now?

Glastonbury Grail, book 3! This will be my first book about someone coming to faith. I usually write about working out what faith means in a difficult situation. But the person with the cup at the end of Honddu Vale is someone very far from God. Throughout the series, the cup has been a reminder of God’s presence. What would happen when that Presence invades the life of someone who wants nothing to do with the God of the Bible? I’m very excited about the way it is coming together.

I can’t wait to read all three books!

What authors do you enjoy reading? Have any influenced your writing?

I fell in love with King Arthur as a high school student reading Alfred Lord Tennyson’s Idylls of the King. My English teacher loaned me The Crystal Cave, the first book of Mary Stuart’s Arthurian series. I realize now that what enthralled me so much then was her deep point-of-view and ability to make the medieval setting come alive as much as the power and scope of the story. I love Ellis Peters’ Brother Cadfael mysteries. I often figure out the ending long before we get there, but it always feels so right. The medieval historical fiction she wrote under her real name of Edith Pargeter is even better. Peter’s/Parteger’s use of language makes me a better writer.

What’s on your reading list right now? (Assuming you have time to read.)

I usually have several books going—an audio book for the car, an e-book for odd moments, and a print book for the beach or airplane take offs and landings. My current audio book is The Runaway King by Jennifer Nielsen. Fun characters in a wild story for YA. Current e-book is The Man in the Iron Mask by Alexander Dumas. I hadn’t realized that it is a sequel to The Three Musketeers. Just as I was thinking it was as ridiculously convoluted as any modern soap opera, D’Artagnan gave a profound speech on leadership and corruption, and I had to start highlighting left and right. The print book I just finished reading and reviewing is Stephanie Landsem’s The Well about the daughter of the sinful woman who met Jesus in John 4. I finished it in tears, not for the lovers in the story, but for the much greater Lover worth committing my life to.

I am an adult figure skater. I started skating as research for my YA novel Crossovers about a hockey player who wants to learn to jump and spin, but I was soon as hooked as he was. Yes, I have competed several times, making notes to better understand my characters. The nicest thing about the ice rink in summer is that it is always cool.

Hmmm. I never thought about that. As someone who isn’t fond of summer, maybe I should don a pair of ice skates again …

Thank you so much, LeAnne, for taking time to spend with us today! I’m looking forward to reading all of the Glastonbury Grail series.

Glastonbury Tor, the first book in the Glastonbury Grail series, is FREE for your Kindle this week only. Click <here> to get your copy.

Get in touch with LeAnne: