September delivers a diverse selection of books–historical, literary, speculative, romance–something for every taste. I’m looking forward to reading all of these. 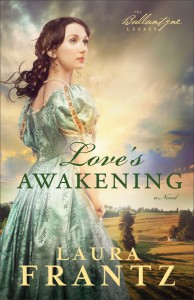 LOVE’S AWAKENING, Ballantyne Legacy Series #2 (Revell) by Laura Frantz – I’ve read this already having received the novel courtesy of Laura Frantz and Revell. (Thank you!) Once again, Laura penned a story that was beauty all around: plot, prose, characters, setting. Look for my review next Tuesday (September 10).

Ellie finds that her parents are away on a long trip and her siblings don’t seem to want her to stay. When she opens a day school for young ladies, she begins tutoring the incorrigible daughter of the enemy Turlock clan. The Turlocks are slaveholders and whiskey magnates, envious of the powerful Ballantynes and suspicious of their abolitionist leanings. As Ellie becomes increasingly tangled with the Turlocks, she finds herself falling in love with an impossible future-and Jack Turlock, a young man striving to free himself from his family’s violent legacy. How can she betray her family and side with the enemy? And will Jack ever allow her into his world? 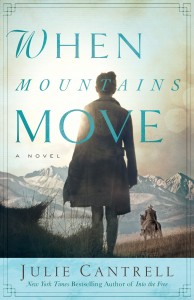 WHEN MOUNTAINS MOVE (David C. Cook) by Julie Cantrell – I loved Julie’s debut (and multi-award-winning) novel INTO THE FREE, so I’m very eager to read this sequel.

It is the spring of 1943. With a wedding and a cross-country move, Millie’s world is about to change forever. If only her past could change with it.

Soon after the break of day, Bump will become Millie’s husband. And then, if all goes as planned, they will leave the rain-soaked fields of Mississippi and head for the wilds of the Colorado Rockies. As Millie tries to forget a dark secret, she hasn’t yet realized how drastically those past experiences will impact the coming days. 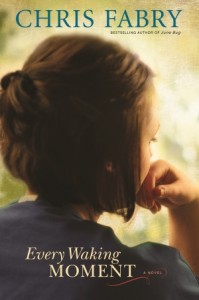 EVERY WAKING MOMENT (Tyndale House Publishers) by Chris Fabry – Chris Fabry has quickly become one of of my favorite authors. His literary tomes are always filled with messed up, real life characters we can’t help but root for. I expect no less from his latest.

Treha Langsam is a mysterious young woman who has fallen through the cracks, much like many of the elderly people she works with at Desert Gardens Retirement Home. But Miriam Howard, director of the facility, sees her extraordinary gift and untapped potential. Treha is a whisperer of sorts, calling those who have slipped into dementia back to a life of vibrant, if only temporary, clarity.

When Treha’s and Miriam’s stories intertwine with a documentary team looking for stories of the elderly, Treha’s gift is uncovered, and the search begins for answers to the mysteries of her past. As their paths converge, each person is forced to face the same difficult question: What if this is as good as my life gets? 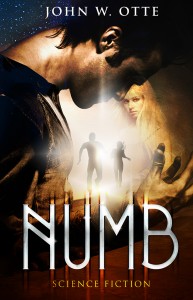 NUMB (Marcher Lord Press) by John W. Otte – Who could have predicted that a YA Spec author could pen one of my favorite books (FAILSTATE: LEGENDS) this year? Not me, that’s for certain, but John Otte did just that. His newest release is a departure from the Failstate series, and it’s geared toward adult readers, but the story description still has me hooked.

Save the girl…or his soul?

Crusader is numb. He feels neither emotion nor pain, a divine gift that allows him to be the Ministrix’s best assassin. Whether it’s heretics from within or heathens from without, Crusader is the sword in the True Church’s hand. And if he remains obedient to his superiors, he will be able to let go of his guilt.

But then he’s ordered to kill Isolda Westin. It shouldn’t be a problem. A target is a target. When Crusader sees Isolda’s image, though, something strange happens. He experiences a moment of panic, a wave of emotions–the first he’s felt in as long as he can remember. In that moment, he realizes he can’t fulfill his mission. He can’t kill Isolda Westin, even if it means he’ll be condemned as an enemy of the Ministrix.

Soon Crusader and Isolda are on the run. Will they be able to learn why the Ministrix wants Isolda dead? Or will they both soon face the harsh justice of the “True Church”? 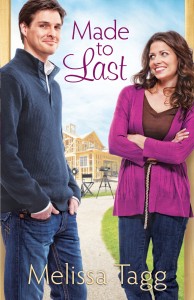 MADE TO LAST (Bethany House Publishers) by Melissa Tagg – As you know, I love supporting debut authors, so I’m eager to try Melissa Tagg’s entry into the publishing world. This sounds like a fun fall read.

Miranda Woodruff has given up everything to become the star of a home-building show. So when she discovers that her program could be cancelled, she agrees to let reporter Matthew Knox write about her closely guarded personal life. Desperate to keep her former fiance a secret, can she keep her real and onscreen lives from colliding?