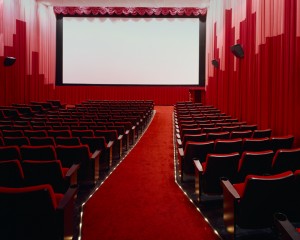 It’s no secret that my family loves going to movies. I love everything about it: the cozy chairs, the massive screen and surround sound, the popcorn, time with family, opportunity to sit back and relax with no interruptions.

I enjoy looking ahead each year to see what the big screen will bring–and 2014 has some gems. I also find it interesting how my must-watch movie list looks nothing like the type of books on my must-read list. I’ll blame my family for that. 🙂

The Monuments Men (February 7) – Had never heard of this group before. Can’t wait to learn more!

An unlikely World War II platoon are tasked to rescue art masterpieces from Nazi thieves and return them to their owners.

Captain America: The Winter Soldier (April 4) – You can never go wrong with a Marvel Avengers movie, especially with Captain America!

Steve Rogers struggles to embrace his role in the modern world and battles a new threat from old history: the Soviet agent known as the Winter Soldier.

X-Men: Days of Future Past (May 23) – How can you not like a movie that stars Patrick Stewart and Ian McKellen?

The X-Men send Wolverine to the past in a desperate effort to change history and prevent an event that results in doom for both humans and mutants.

Maleficent (May 30) – Isn’t Angelina Jolie perfectly creepy in this photo?

The “Sleeping Beauty” tale is told from the perspective of the villainous Maleficent and looks at the events that hardened her heart and drove her to curse young Princess Aurora.

It’s been five years since Hiccup and Toothless successfully united dragons and vikings on the island of Berk. While Astrid, Snoutlout and the rest of the gang are challenging each other to dragon races (the island’s new favorite contact sport), the now inseparable pair journey through the skies, charting unmapped territories and exploring new worlds. When one of their adventures leads to the discovery of a secret ice cave that is home to hundreds of new wild dragons and the mysterious Dragon Rider, the two friends find themselves at the center of a battle to protect the peace. Now, Hiccup and Toothless must unite to stand up for what they believe while recognizing that only together do they have the power to change the future of both men and dragons.

Guardians of the Galaxy (August 1) – the second Marvel movie of the year! Need I say more?

In the far reaches of space, an American pilot named Peter Quill finds himself the object of a manhunt after stealing an orb coveted by the villainous Ronan.

The Hobbit: There and Back Again (December 17) – I wanted to see this movie the second The Desolation of Smaug ended. I suspect I’m not alone…

The Company of Thorin has reached Smaug’s lair; but, can Bilbo and the Dwarves reclaim Erebor and the treasure? And, if so, can they hold on to it?

(Note: I’m not looking for the Oscar winners. For me, it’s about being entertained for two hours, and if they happen to be Oscar worthy? Terrific! But that’s never my criteria for choosing a movie.)