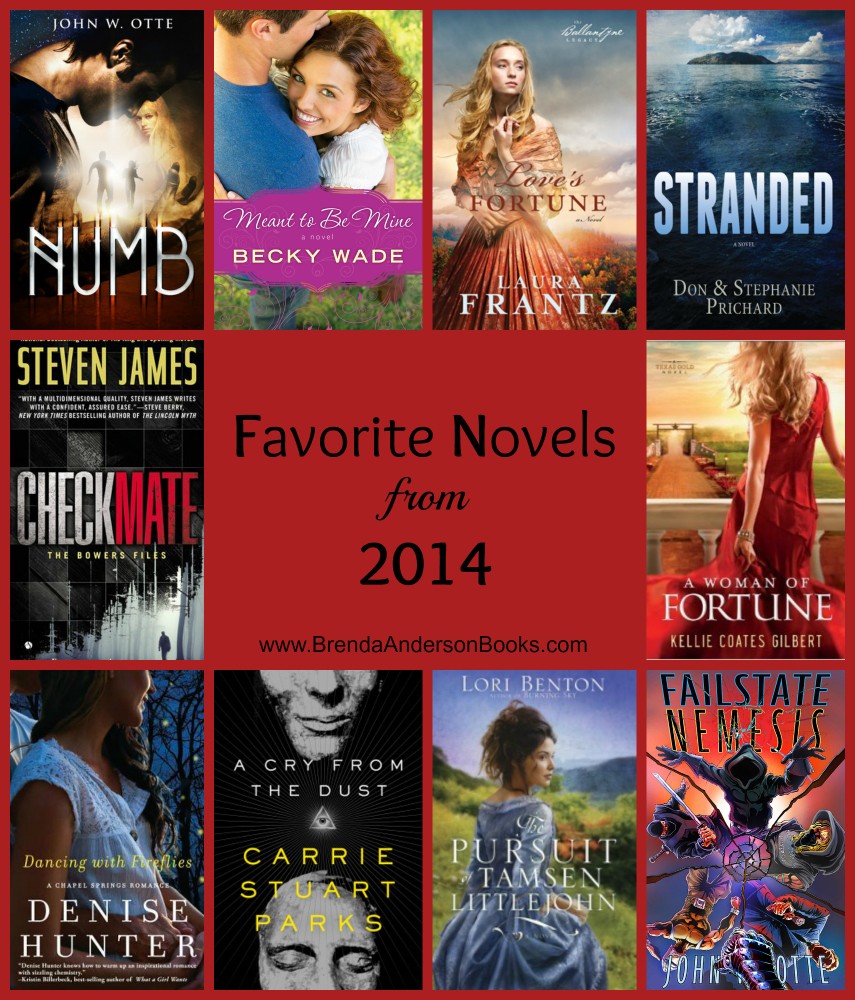 2014 was a slow year of reading for me. Typically, I’ll read over 100 books, but in 2014 I only completed 78. That’s due to a combination of factors, including having less time to read having released two novels during the year, and being much more picky about what I read.

As you can see, while I still prefer contemporary drama, my favorites come from several genres: YA, romance, historical, spec, thriller, suspense, women’s fiction. John Otte even made the list twice, and it’s not because he’s a friend. He’s a fabulous storyteller!

The books and authors are listed below in the order I read them:

MEANT TO BE MINE
(Porter Family #2)
by Becky Wade

A WOMAN OF FORTUNE
(Texas Gold)
by Kellie Coates Gilbert

THE PURSUIT OF TAMSEN LITTLEJOHN
by Lori Benton

What were your favorite reads from 2014? Have you read any of my favorites?