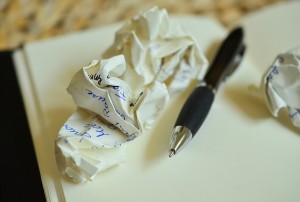 I signed up for NaNoWriMo with the best of intentions …

Well, let me rephrase that. I signed up with NaNoWriMo because I need to rediscover the joy of writing. My total so far? 3,328 words. Ugly, I know! There’s always something more important to do. Pay bills. Visit my sister who lives eight-plus hours away. Write blog posts. Critique other manuscripts. Household chores and daily living stuff.

In addition, my mom’s health has taken a big hit these past thirty days, with her being in the hospital for half a week, then moved to a care center so she can regain her strength. (Prayers requested!)

But the truth is, if I really desired to write, I’d make the time. Part of my problem could be my story which is book three in my Where the Heart Is series. I’m just not passionate about it, but then I wasn’t passionate about Hearts at Risk either, and every word in that novel was painfully ground out. Yet that story was a 2012 ACFW Genesis Award finalist, and all my first readers have loved it. And they loved book number two, Capturing Beauty.

Then there’s the fact that NaNoWriMo is in November, one of the busiest months of the year! Seriously, who thought this month was a good month to write a novel??? But February in Minnesota? That could work. I vote we change NaNo to February, even if it lacks the alliteration of November. Who’s with me?

Another part of the problem is that my WIP–the series–is fully contemporary romance and lacks the gritty edginess of my Coming Home series. As you know, I’m passionate about gritty stories.

So why spend time on this series?

In other words, I’m making excuses. I will keep pressing on, and I will get this book written (just not this month, nor this year) if for no other reason than, once this series is completed, I’m going back to writing gritty stories. That should be incentive enough, right? I’ve already got 3,328 words written. Only 86,672 words to go!