Winner of a copy of Leaving Home Behind is: 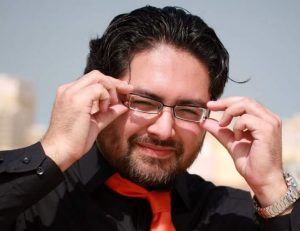 I had the privilege of meeting Jim West a number of years ago when our family participated in the Soldiers Angels program, a program that encourages people to write to troops stationed abroad, and Jim was our adoptee. 🙂 I find it very cool that Jim is also an author who usually writes middle grade / YA fiction that encourages and empowers youth, particularly girls. His popular Magicae Mathematica series have hovered on or near bestseller lists since publication. I highly recommend the series!

But Jim’s new release is a departure from his MG books. Leaving Home Behind:Poems from my Youth is an evocative book of poems inspired by his youth, particularly his time spent in foster care. Making this release even more special are the illustrations created by Jim’s very talented daughter, Mya. 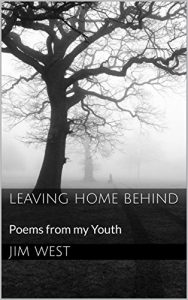 Congratulations on your poetry ebook release! How exciting! Can you tell us about Leaving Home Behind:  Poems from my Youth? What inspired this book?

This collection of poems are from my days in foster care in central Louisiana.  I became a ward of the state in 1983.  Luckily me and my two sisters got to stay together and were not separated.  We were raised by a single foster mother named Marcille.  She was an older woman, who honestly had no business raising three young kids.  Thank God she did.  It was her love, persistence, and never giving up on us that gave us the chance to move forward from our past and towards our future.  I wrote these poems during times I felt without a ‘normal’ family or home.  Times when I was being abused and had thoughts of suicide. Times when I came to a self-realization that even though I had been hurt so much that I had to stop feeling sorry for myself and accept that I alone was good enough.  That was a powerful moment for me when I was a kid.  That has stayed with me to even today.

Our world definitely needs many more Marcilles! She sounds like an amazing woman. And thank you for having the courage to share your thoughts during a difficult time in your life which most of us can’t imagine. What do you hope your readers take away from your poems?

I hope readers find encouragement and hope from these poems.  Foster kids need to know they are not alone and even more so they are not destined for failure simply because they don’t have what they may think of as a ‘normal’ family.  Their lives are in their control and they can choose every day to be whatever they choose to be.

I am working on the fourth and final book in my Middle Grade / Young Adult Fantasy series,  Magicae Mathematica.  Saying goodbye to characters is hard and I am dreading wrapping up work on this last book. I hope to finish it sometime next year.

Thank you, Jim, for sharing about your foster years and for the encouragement and support you offer those in the foster system today! You’re doing great things, my friend!

Award Winning MG/YA Fiction Author, Jim West, was born in Killeen, TX in 1977 and grew up mostly in central Louisiana. For over 20 years he has worked in the Cyber Security field and came up with the ideas and concept for the Magicae Mathematica series about a decade ago. His first book of the series, Libellus de Numeros, is one he hopes will resonate with its young readers and inspire them to study the STEM subjects.

Jim has graciously offered to give away one ebook copy of Leaving Home Behind: Poems from my Youth. To enter, fill in the Rafflecopter form below.