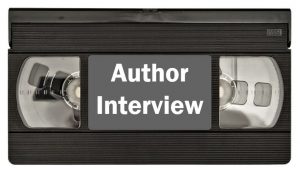 A star is born! Okay, so that is a huge exaggeration. I’m a very long ways from being a star, but I did get to experience my very first television interview. CTN Studios, out of my home town, is doing a short series on local authors and for some reason they called me. Of course I said yes. Then regretted it. 🙂 Me? On TV? Oy! I even asked my twenty-four year old, spotlight-loving daughter if she’d fill in for me. They’d never know the difference, right? For some reason she said, “no.” (Actually, she probably didn’t say a word, but gave me the stink eye …)

So I went to the interview (view below) which took place at Crooked Lake Library, the little library less than a mile from my house, and sat down with Jordann Rylance of CTN Studios. For about forty-five minutes we chatted as the camera guys set up a two-camera system. I really appreciated this time as it took the edge off my nerves, and I got a feel for how Jordann asked questions–and how I would answer them. She really made me feel comfortable. Then suddenly, it was time to film.

And in a little over four minutes, the interview was done. I didn’t even break out in a sweat. (Not much of one, anyway.)

I loved how the interview didn’t shy away from my faith, and I really liked how the filmed version spotlights both Risking Love and Capturing Beauty. It was a very positive experience, and I didn’t do awful. 😉 Still, I’d still rather do interviews on paper. That way I can think about the answers and edit them before the public sees (reads) them. But this interview did prove that I could do it, and, if asked again, I’m sure I’ll say yes.

Have you ever been interviewed on TV?