You are altogether beautiful, my darling; there is no flaw in you.
Song of Songs 4:7 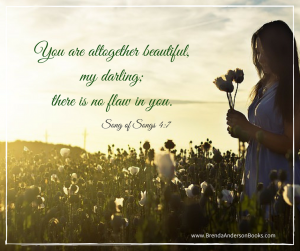 Wow! Can you imagine such praise? Such love? It can be difficult to comprehend, yet that is God’s love letter to us in Song of Songs. “…there is no flaw in you.” No flaw. Wow!

In Capturing Beauty, my heroine believes that verse for others and for the world around her, and she knows it in her head, the difficulty is believing it in her heart. And she’s not alone. There’s an entire world out there advertising the latest diet, the best makeup, the most effective cleansers. People pour tons of money into beauty products, Botox injections, plastic surgery, anything to try to improve on the perfection God already created. Women stare at airbrushed images in magazines, in the movies, and on television, constantly comparing themselves to an illusion.

Yet we are already flawless! 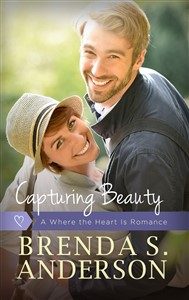 He’s a nature photographer returning to make amends. She’s a camera-shy naturalist seeking privacy. Their love for a boy brings them together, but the camera could drive them apart.