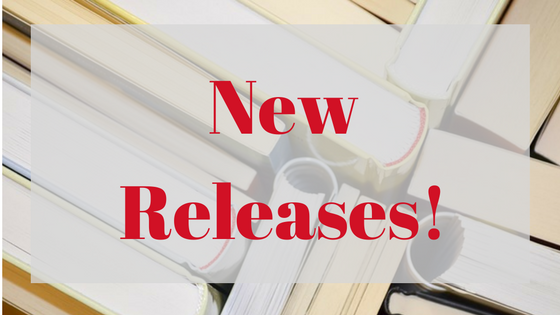 Place Called Home by Brenda S. Anderson — While building his graphic design company, Nate Brooks is focused on the future he’s dreamed of: traveling around the country from the comfort of his renovated school bus. But when he picks up a wounded, mysterious hitchhiker, those well-laid plans take a backseat to protecting her. Hobbled by her injury, and unable to keep running from her controlling ex, Tessa fears she’ll never find freedom. Or has she found it with the family who graciously opens their home to her? And will Nate’s protection put his family–and his heart–at risk? (Women’s Fiction, Vivant Press, QIP)

From the Lake to the River by JPC Allen, Bettie Boswell, Carole Brown, Sandra Merville Hart, Tamera Lynn Kraft, Sharyn Kopf, Michelle Levigne, Cindy Thomson, and Rebecca Waters — Set in Ohio, in the past and present, these nine short stories and novellas by Ohio authors cover a wide range of genres, topics and locations. From Troy in the west to the North Coast and south-central Ohio. From Lake Erie to the Ohio River. From romance to YA adventure, with touches of mystery and humor. Dealing with historical events and situations, such as floods and the lasting effects of the Civil War. With characters involved in square dancing, theater, and music. Dealing with loss and danger, a second chance at love and taking a chance on love for the first time. Chances are good, no matter what you have a taste for reading, you’ll find something to like. Welcome to a taste of the Buckeye State! (General Contemporary from Mt Zion Ridge Press)

Swimming in the Deep End by Christina Suzann Nelson — Jillian Connors has big expectations for her teenage daughter, Gabby, an Olympic hopeful—until Gabby becomes pregnant with her boyfriend Travis’s child. Meanwhile, Margaret Owens is furious that Gabby’s condition jeopardizes her son’s baseball scholarship. In the midst of the family drama lies the fate of the unborn baby. What does the future hold for him? (General Contemporary from Kregel Publications)

A Baby for the Minister by Laurel Blount — Jilted at the altar, Natalie Davis has no one she can turn to—until Jacob Stone steps in. The single minister’s drawn to the beautiful mommy-to-be and wants to help…even if it goes against his congregation’s wishes and could cost him his job. But when she refuses to accept charity, can he convince her she’s more than a ministry project? (Contemporary Romance from Love Inspired [Harlequin])

Courting Her Secret Heart by Mary Davis — Deborah Miller lives a double life as an Amish woman—and a fashion model! All photography is forbidden in her Plain community, so she must keep her job a secret. But when Amos Burkholder starts helping at her family’s farm, hiding the truth from him is impossible. And soon she must choose between the Englischer world of modeling and the Amish man she’s come to love. (Contemporary Amish Romance from Love Inspired [Harlequin])

All Made Up by Kara Isaac — Katriona McLeod has never gotten over Caleb Murphy, the one guy she’s ever loved. When she accepts a job as a make up artist on the latest looking-for-love reality TV show, Falling for the Farmer, she discovers to her horror that Caleb is the leading man and she’s cast as one of his harem. But she hides a secret that means that even if she wanted a second chance with the guy who broke her heart she could never have it. (Contemporary Romance, Independently Published)

An Amish Holiday Wedding by Carrie Lighte — On the brink of losing her bakery, the last thing Faith Yoder’s interested in is courting—until Hunter Schwartz returns to Willow Creek. After hiring him to deliver her treats to a Christmas festival, Faith’s determined their relationship will stay strictly professional. But despite a secret that’s kept her single, Faith can’t help but wish she and Hunter could become husband and wife. (Contemporary Amish Romance from Love Inspired [Harlequin])

Deadly Holiday by Marissa Shrock — The Christmas season greets Georgia Winston with a new boyfriend (maybe), a Christmas program to run, and a man dying at her feet. (Cozy Mystery, Independently Published)

Hidden Among the Stars by Melanie Dobson — A gripping time-slip novel about hidden treasure, a castle, and ordinary people who resisted the evils of the Hitler regime in their own extraordinary way. (Historical from Tyndale House)

Everything She Didn’t Say by Jane Kirkpatrick — A Victorian woman who traveled 15,000 miles by stage between 1870-98 decides to tell the story behind her memoir believing her husband will never see it. (Historical from Revell – A Division of Baker Publishing Group)

Enya’s Son by Cindy Thomson — This retelling of the early life of St. Columcille and his mother will usher readers on a fateful journey through ancient Ireland’s monastic centers, her wild coastline islands, and the land Columcille believed was filled with holy angels, a place where he felt safe … yet was destined to abandon. (Historical, Independently Published)

Esther’s Temptation by Lena Nelson Dooley — Saddle weary, former deputy US Marshal Jac Andrews rides into Denton, Texas hunting a swindler-and-daughter criminal team and finally feels he’s caught up to them. Unfortunately, he becomes distracted by the lovely redhead, Esther Brians. Esther, feeling like an old maid surrounded by all her close friends who are happy married couples, is drawn to the intense gaze, blue as the Texas sky, of an unknown cowboy. But several things cause her to become wary of his intentions—and his spiritual well-being. Has this unsaved lawman captured Esther’s heart or will the Lord deliver her from the temptation of Jac’s presence? What will it take for Jac to win this lovely lady and become Esther’s husband? (Historical Romance, Independently Published)

The Sound of Distant Thunder by Jan Drexler — Katie Stuckey and Jonas Weaver are both romantics. Seventeen-year-old Katie is starry-eyed, in love with the idea of being in love, and does not want to wait to marry Jonas until she is eighteen, despite her parents’ insistence. So much can happen in a year. Twenty-year-old Jonas is taken in by the romance of soldiering, especially in defense of anti-slavery, even though he knows war is at odds with the teachings of the church. When his married brother’s name comes up in the draft list, he volunteers to take his brother’s place. But can the commitment Katie and Jonas have made to each other survive the separation? (Historical Romance from Revell – A Division of Baker Publishing Group)

Loving the Texas Negotiator by Mary Connealy — Beth Garrison is the top hostage negotiator in Rocky Ridge Texas. She’s called in to a task force to investigate a killing that is a copy cat of her first bust as a rookie cop. The Valentine Killer.
Tate McCade, with the best arrest record on the force and a reputation for steamrolling anyone who gets in his way, heads the task force. He’s had a run-in with Beth and her oversized ego. He’s got a bruise on his face to prove it. Rather than have the pleasure of busting her back to walking a beat, he has to work with her. And the clock is ticking because there’s a woman and child missing and nothing about the crime adds up. (Romantic Suspense, Independently Published)

Guardian of Ajalon by Joan Campbell — The poison tree path is Shara’s road home. . .if she and her companions can survive the journey. In the danger and darkness of the forest, her only respite is in the story unlocked in the Old Tongue book. In this vivid world, Shara finally discovers what she has longed for all her life: the key to the secrets of her past. Yet time is running out for Shara—and all of Tirragyl—as Lord Lucian, King Alexor, and the royal army attack the Guardian Grotto to claim the powerful Guardian Rock. Unwilling to sit idly by as her kingdom is destroyed, Queen Nyla leaves her hiding place to recruit a most unlikely army—the Charab. But how can she win over the infamous assassins who have been oppressed by her family for generations? (Speculative Allegory from Enclave Publishing)