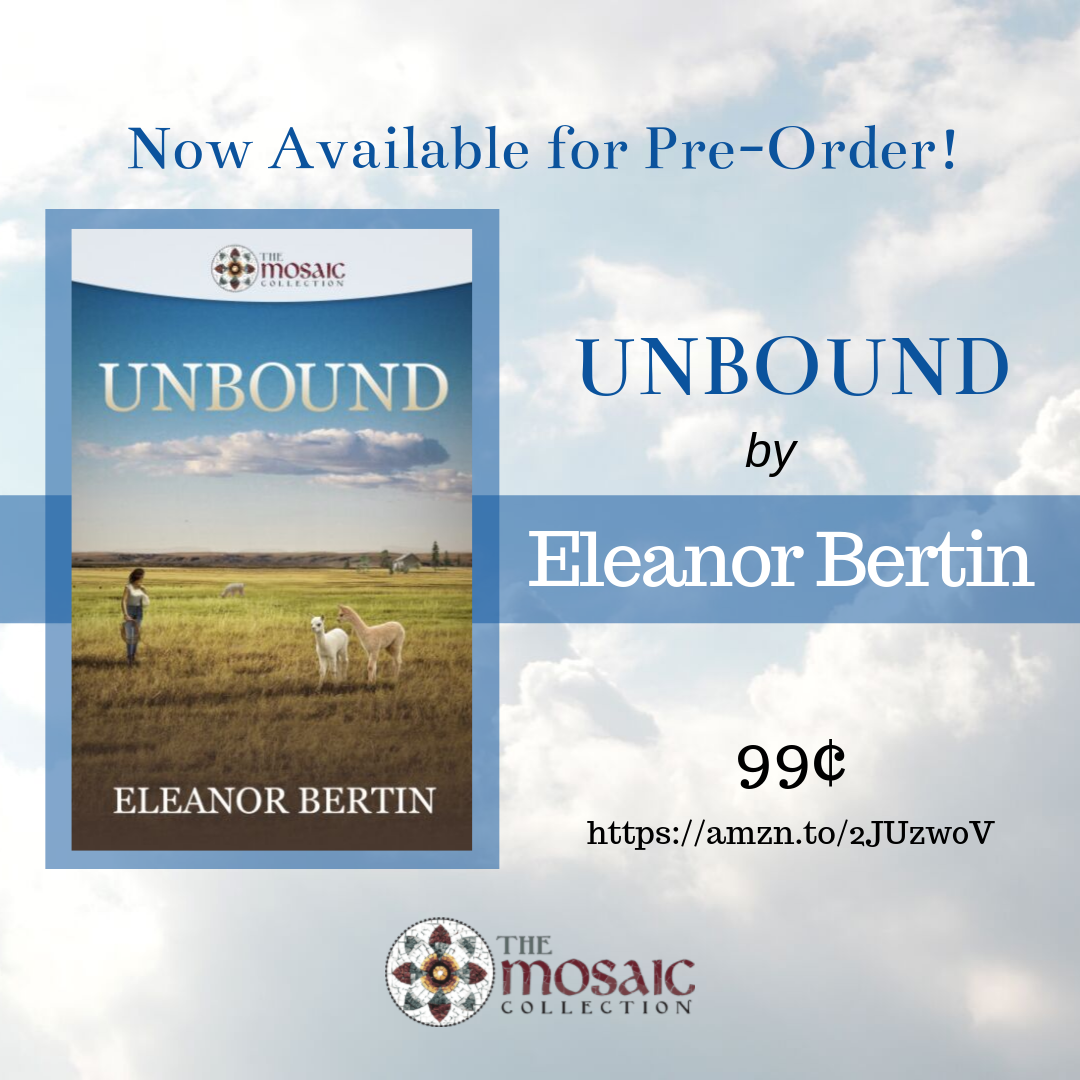 The second book in The Mosaic Collection is now available for pre-order! And for only 99¢! 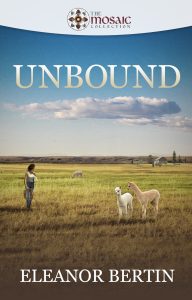 Ruthie Adrian loves ranch life with her handsome husband, Mac and his family. But her fading hope for a child dissolves when Mac is killed in a crash along with his brother and father.

Added to their heartbreak, Ruthie and her mother-in-law, Naomi now face rejection by her sister-in-law, and impossible barriers as they try to protect their land.

Jake, a self-styled prophet steps up with a bizarre offer. A Godsend or a trap?
With raw grief, unexpected humour, and life-giving grace, Unbound is a modern twist on a timeless tale of the unique bond between two widows who harbour a few secrets of their own.

In a fit of optimism at age eleven, Eleanor Bertin began her first novel by numbering a stack of 100 pages. Two of them got filled.

Eleanor holds a college diploma in Communications and worked in agriculture journalism until the birth of her first child. The family eventually grew to include seven children, all girls except six. Writing was crowded out by homeschooling a houseful for 25 years until Lifelines, her first completed novel, was shortlisted in the 2015 Word Alive Free Publishing Contest.

Eleanor and her husband live with their youngest son, who has Down syndrome, amidst the ongoing renovation of a century home in central Alberta. She blogs about a sometimes elusive contentment at jewelofcontentment.wordpress.com. 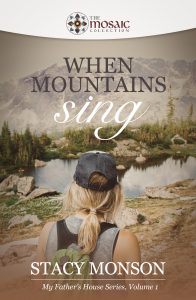 Also Available from The Mosaic Collection ~

WHEN MOUNTAINS SING by Stacy Monson – Pre-Order for 99¢

When the truth cost her everything, she thought there was nothing left to lose.

Mikayla Gordon loves nothing more than sleeping under the stars, reeling in the “big one,” and long hikes in the wilderness. A medical crisis reveals a 30-year-old secret that turns everything she’s known and believed upside down, unraveling her dreams and her identity.

In search of answers, she follows a trail from Minnesota to Colorado and discovers more unwelcome secrets even as she falls in love with the majestic beauty of the Rocky Mountains, and a wilderness camp leader who shares the greatest secret of all.

Knowing her life can never go back to what it was, she must make decisions that will impact far more than just her future.

Coming Soon from The Mosaic Collection ~

The Red Journal by Deb Elkink