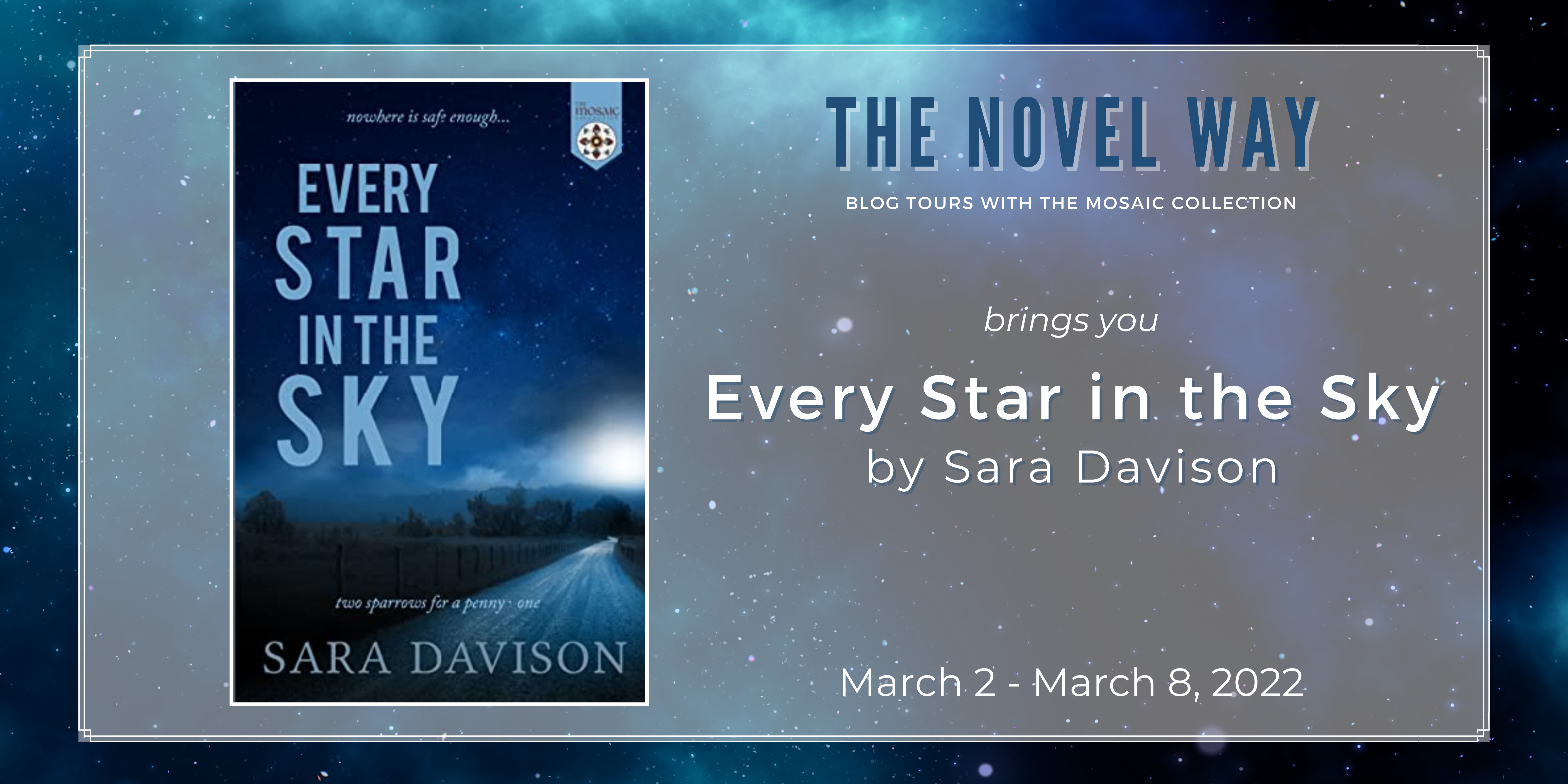 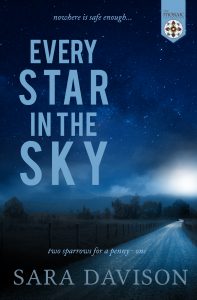 About Every Star in the Sky

She is willing to testify against her trafficker.
If she can stay alive that long.

How many times has Detective Cole Blacksky said that to her since helping her escape the life she’d been forced into eight years earlier?

Starr desperately wants to believe him, but she knows Brady Erickson, her former captor, too well. Although Cole has promised her protective custody on his family’s remote ranch, no place on earth is safe enough. Brady will stop at nothing to permanently silence her before she ever reaches the witness stand.

And he is powerful enough to do it. 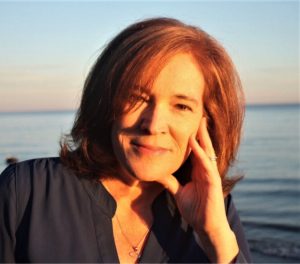 Sara Davison is the author of four romantic suspense series—The Seven Trilogy, The Night Guardians, The Rose Tattoo Trilogy, and Two Sparrows for a Penny, as well as the standalone, The Watcher. A finalist for more than a dozen national writing awards, she is a Word, Cascade, and Carol Award winner. She currently resides in Ontario with her husband Michael and their three mostly grown kids. Like every good Canadian, she loves coffee, hockey, poutine, and apologizing for no particular reason. Get to know Sara better at www.saradavison.org and @sarajdavison.

A lot of Christian authors have recently released books on the theme of human trafficking. While it feels like a trend, I think it is a great deal more than that. I truly believe that El Roi, the God who sees, is revealing His heart for these precious women (and some boys and men).

When the idea for Every Star in the Sky came to me, I was in the middle of writing another book. I tried to shelve the new idea to work on when I finished my current project, but it refused to wait its turn. I had to set what I was working on aside and write Starr’s story out in its entirety before I was able to return to the original project.

This was a powerful lesson to me that it is God who is laying these stories on authors’ hearts, asking them to put names and faces—even fictional ones—to these beautiful, hurting, traumatized souls in order to bring them to the forefront of readers’ attention.

These stories are not only for entertainment. They are a call to action. After reading them and thereby gaining a deeper understanding of this heinous practice that exists and is prevalent in every corner of the world, including North America, readers may then feel compelled to do more. Our primary responsibility as believers is to pray. Pray that these modern-day slaves will be freed. That they will find healing in Jesus Christ and hope for their future. And that all those perpetuating this evil will be brought to justice.

While continuing to pray, some may also want to look into organizations that help those caught up in the sex trade to escape and begin a new life. I mention a couple of these organizations in my letter to readers at the end of Every Star in the Sky, but there are many others that are working—often at risk to staff or volunteers—to free involuntary sex workers and to support them in their journey of healing. Donating money or becoming involved in these organizations in other ways is a powerful response to God’s call to remember and to fight for these women and men that He loves.

My hope and prayer for this book and all others written on this topic is that God will use them as He sees fit to help accomplish these objectives. And that readers will not only be drawn to pray for the victims of trafficking but will also be reminded that the God who placed every star in the sky and knows each of them by name knows their names too.

The theme of the two sparrows for a penny series is the same as it is for all my books—that we are never alone. God has promised that He will not leave us or forsake us, whatever we are going through. May you be reminded and deeply impacted by that as you read Every Star in the Sky and as you pray for all victims of human trafficking, that they will experience the truth of that promise for themselves.

I always learn to see things from a unique angle with Sara Davison’s stories, and Every Star in the Sky is no exception. Sara took a difficult, yet timely and important topic of human trafficking, and turned it into a story of sacrificial love and redemption. Given the subject matter, the story can be difficult to read, but that makes the hope evident in the story and in the characters shine much brighter. I highly recommend Every Star in the Sky and any of Sara Davison’s works.

The Adventures of a Traveler’s Wife

Purchase Every Star in the Sky 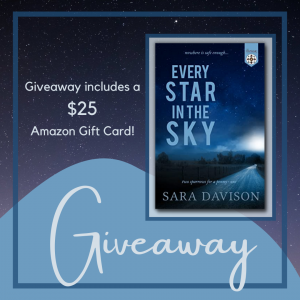