Brenda S. Anderson writes authentic, gritty, life-affirming fiction that shows God at work in people’s messy lives. She enjoys live music and theater, walking the shores of Lake Superior, and sharing hot cocoa with friends and family. She lives near Minneapolis with her newly retired husband. Together, they plan to travel across the United States, checking items off their bucket list, beginning with a bus trip to Niagara Falls. 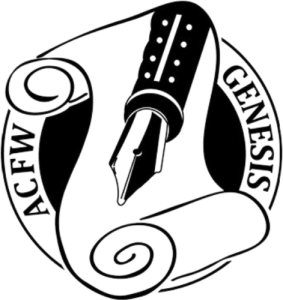 The Birth of Imagination …

I grew up in the best place in the world: a dairy farm in Minnesota. Oh, I know, many of you are wrinkling your noses and thinking, what about Hawaii? California? The Rocky Mountains? Any number of places could be better, definitely warmer, and a whole lot less work. 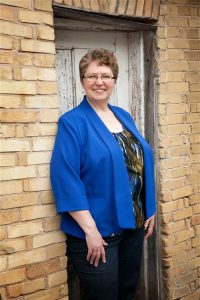 Yet, in spite of stepping in fresh manure piles, tossing bales in 90 degree heat and stifling humidity, and suffering through temperatures cold enough to freeze breath and limb, fun was had and stories were born.

My daughter tells me I grew up spoiled. I had everything a child could possibly want: hay sheds for building forts, hay lofts with rope swings, tons of swimming lakes within biking distance, a sledding hill right across the road, our own pond to skate on, snow piles–high as our house–in which we created little cabins, acres of trees to climb and and to weave bike paths through, corn fields in which to play hide and seek, all the homegrown sweet corn we could eat, a baseball field with unique boundaries … I could go on.

To make it even better, I have four brothers and two sisters who were built-in playmates. At the farm next door, they had eight children so it was never difficult to find enough players for football or softball or whatever game we wanted to play.

Our farm was laid out over rolling hills. The sunsets and sunrises were filled with hues city dwellers can only imagine. The northern lights could be seen in their full cascade of colors. Shooting stars were commonplace. Nothing says it better than Psalm 19:1: “The heavens declare the glory of God; the skies proclaim the work of his hands.”

The farm was also fertile ground for imagination. I’d often go for walks, with my faithful German Shepherd at my side, and imagine myself in a different time and place. Some of those stories made it onto paper and several teachers encouraged my imagination.

Like so many authors, I always dreamed of writing a novel, but for many years that’s all it was: a dream. Practicality said that there was no career in writing, so why waste my time?

Fast forward several years later. In the spring of 2005 I was a stay-at-home mom whose three kids were in school full time. I considered doing the practical thing by getting a job to help support the family. I even picked up an application from the local Christian book store.

Then I felt the nudging. The LifeKeys course at our church taught me that God gave us our passions for a reason. Our passions had a purpose. I’d never believed that before, but then I gave it consideration. My imagination had never stopped; the stories had become more real, more complex.

It was time to write.

Two weeks later I confessed to my husband that I spent my free time writing. His answer? “It’s about time.” How’s that for confirmation?

So now, it’s eleven years later with five books published and more on the horizon, all stories written in a partnership with God, stories I believe He placed within my psyche for a purpose. It’s my prayer, as I record the stories God has given me, that my words will do them justice, that others will hear the message God wants me to convey.

This site uses Akismet to reduce spam. Learn how your comment data is processed.