In a few weeks, I’ll have the pleasure of attending the opening night for Miss Saigon at the Ordway Theater in St. Paul, Minnesota. I know very little about the play other than it’s created by Schönberg and Boublil, the very creators of Les Misérables so the music has to be wonderful.

Courtesy of the Ordway, today I get to share interviews with the main players in the cast, Charlie Brady and Manna Nichols. Stop by tomorrow for an interview with Orville Mendoza.

Charlie Brady plays Chris, an American G.I. who meets and falls in love with Kim, a Vietnamese girl, before he is forced to evacuate Vietnam.

Charlie, what can you tell people about Miss Saigon who have never seen the performance before?

Miss Saigon is a love story between an American GI and a Vietnamese girl set in 1975 during the Vietnam War based on Puccini’s Madame Butterfly and portrays the conflict of leaving loved ones behind due to the circumstances of that war.

How did you prepare for your role as Chris?

Truthfully I feel like I have been preparing for this role since the original Broadway production opened about 20 years ago. It was one of my favorite shows ever at that time and I grew up singing a lot of those songs over the years so I was really pumped to have this opportunity to finally play the role.

a. Have any previous roles you played helped in preparation for your role as Chris?

I was involved in the Lincoln Center revival of South Pacific which takes place during WWII and we did a lot of research about lives of those soldiers and talked to a lot of vets who gave us a lot of insight to their own lives during war and told us a lot about Post Traumatic Stress which is a very relevant factor in Chris’ characterization.

I identify with Chris in the sense that I understand having to move forward from certain situations in life that haven’t had a degree of closure and making choices in how you come to peace with those decisions.

The biggest reward for me has been simply having the opportunity to do this role that I have been such a fan of for so long and sharing the experience with such a remarkably talented cast and creative team.

Which scene, if any, do you feel particularly strong about?

One of my favorite scenes is Chris’ breakdown where he finally allows himself to tell his current wife, Ellen, about the full details of his past and rid himself of all the secrets he’s been keeping about his past.

a. Brought about more emotion?

It really is Chris’ emotional climax in the show and the moment where his life changes and can put the past to rest. Scenes like this are gold mines for actors where you can really let it all out and release everything that the last 2 hours has been leading up to.

b. Felt significant to you?

I think most people have personal experience in keeping dark parts of our lives locked up and distract themselves from having to really deal with them so it’s a nice way to use those personal buttons and bring them to your work.

Other than this role being one that I had always dreamed about having to the opportunity to play, Billy Bigelow in Carousel is another dream role that I would love to do. It’s such a great score and also contains a rich emotional conflict that would be a blast to take on!

I worked at the Guthrie Theater about 3 years ago and made a ton of friends whom I still keep in contact with and am super pumped about revisiting them and sharing this experience with them! 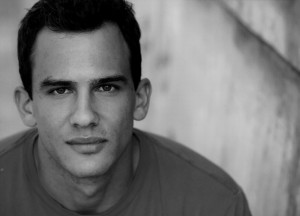 Manna Nichols plays the main character Kim, who meets and falls in love with an American G.I. before he is forced to evacuate Vietnam.

Manna, what can you tell people about Miss Saigon who have never seen the performance before?

Listen closely because, like Les Misérables, our show is also completely sung-through and some audiences aren’t used to that! 😉 Also: get ready for a very powerful love story – based on lots of historical fact!

How did you prepare for your role as Kim?

I prepared for the role of Kim in two different ways – 1) the show is completely sung-through and I spent a lot of time at the piano working on the music, as well as working through how to match my vocal line with the orchestration / accompaniment. 2) I read everything I could find on the Vietnam War, watched many documentaries, and a few movies about that time in history – including the movie Heaven and Earth, which was based on the book When Heaven and Earth Changed Places, by Le Ly Hayslip about her firsthand experiences during and after the Vietnam War.

a. Have any previous roles you played helped in preparation for your role as Kim?

As far as previous roles helping in the preparation for this production, I have had the privilege to cover/perform the role prior to this at Walnut Street Theatre in Philly, as well as at The Fulton Theatre in Lancaster, PA.

– Performing with so many cast mates from prior productions – it’s like a big family reunion!

– Sharing this performance with so many family and friends who are coming to see our production throughout this tour.

Yes. It is significant to me in terms of my own personal hurdles in life. It’s a joy to find strength in her character and think of the times in my own life when I have overcome what seemed impossible.

Which scene, if any, do you feel particularly strong about? Brought about more emotion? Felt significant to you?

ALL of them!!! This show tells an incredibly powerful historical story, as well as an absolutely beautiful love story! I love every scene in Kim’s journey – she triumphs through love and loss and each scene shows her growing stronger in the face of adversity. It is significant to me in terms of my own personal hurdles in life. It’s a joy to find strength in her character and think of the times in my own life when I have overcome what seemed impossible. I suppose one of my personal favorite moments in the show though has to be “Sun & Moon.” I love watching/experiencing her falling in love for the very first time!

Kim has been on my dream list since I was in middle school! I grew up being very influenced by Lea Salonga’s Disney and music theater recordings and have always dreamed of performing Kim! Still on my wish list though is Maria in West Side Story.

This is my first time! I’ve been told to go to The Mall of America… And I will! 🙂 Any other suggestions to add to my list!? I want to try everything! 🙂 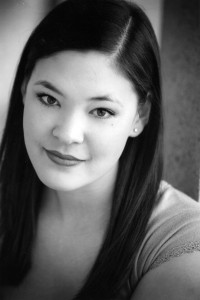